Ooops I didn’t mean to print that! IT Support Episode 22

This one was inspired by our own Queen of “PICNIC” client. I’ll cover what PICNIC stands for on another upcoming episode, perhaps in the Spring.

She was talking on the phone to Christian during her first day back to the office, as life started to return to the new ‘norm’ and she wanted some advice about a CRM system. So they were having a chat about that.

Well while talking she clearly did something she didn’t intend do, which he quickly assumed was hitting the print button on a LARGE document.

It’s worth noting that Captain Christian gave this client a preview of this episode, and she laughed her head off and said “I bet you could make an entire series of episodes based on me!” 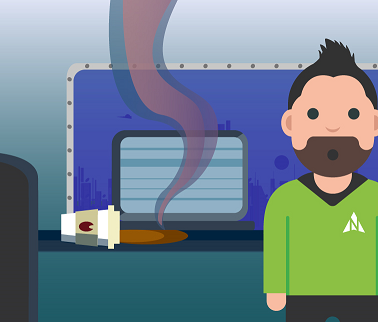 You can also subscribe to the vlog on all of these popular social media channels, this way you won’t miss any future episodes or advice from Captain Christian.  You’ll be notified as each episode is released, week after week on your chosen channel.