When we are not connecting your Enterprise to the information superhighway, or fixing the galaxy’s IT problems, we are actually quite a down to earth lot.

Outside of our work, we like to help wherever and whenever we can. As individuals and as a business we support a number of good causes to try and make a difference.

Here’s our Captain’s Log of the recent causes we have supported – and how we do it.

"There’s another way to survive — mutual trust and help."

Few are more horrified than us at Northstar IT, about what has been happening to our European neighbours in Ukraine.  We don’t want to get into the politics of it, but the humanitarian crisis that is erupting not terribly far from here is just awful.  Christian said, “I can’t speak for you, but I never dreamed we would see this in the 21st century, especially on the continent of Europe. It is a constant reminder, not to take anything, let alone peace for granted.”

In the last few days a client of Northstar, Reece from R A Group did a social media shout out asking for donations as a couple of his cousins have decided to load up a van and drive to Poland and do their bit to help.  Time was of the essence and as Christian was visiting family for the weekend asked them to help.  Christian’s sister Natalie of Little Miss Moffat’s Childcare, did a WhatsApp call for help to her children’s football teams.  She explained I was on my way, only staying one night in Kent and had an empty car to receive donations. 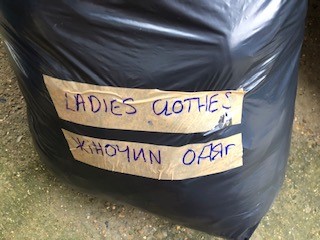 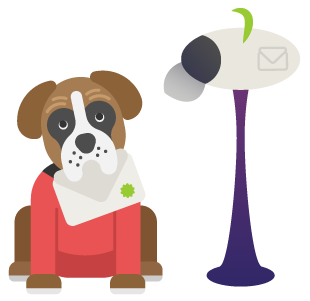 Natalie’s friend retired Army Major Claire, even showing her mastery of Ukrainian.  OK she admits, she used Google, but talking about spirit of giving and thoughtfulness.  Claire even sent her daughter and friend around to a charity shop with £5 to buy somethings to add from them.

The response was nothing less than staggering! Christian’s car was rammed full with a few extra donations from Mr & Mrs Fleming senior, and with the support of a couple of their neighbour friends.

Christian brought back clothes for all ages, basic toiletries, first aid supplies and even some children’s toys.

Then today a shout out on LinkedIn from Norman Mayhew at The Sussex Sign Company, asking for some GoFundMe support for his son who is driving a load of donations to Poland on the Ukrainian border. Norman’s son Connor is taking a week off of work, to drive over.  He is on the minimum wage so is asking for donations to pay for fuel.  Norman is one of our clients but also a friend of the Captain, so he jumped in to help with a donation to help Connor on his way.

Norman then messaged to say thank you, but in that discussion realised Connor is the one driving those donations Christian has been collecting.  It’s a small world, and this very crisis is a reminder of the fact.

To quote a Joe Cousins, a friend of Christian’s who works at the NHS.  “In a world where you can be anything, be kind.”

So please today, live those words and show your support for our Ukrainian neighbours, and to reinforce the title of Kate Adie’s book (well worth a read) “The Kindness of Strangers”.

In line with our on-going partnership of support for the amazing team behind MTH, Northstar IT have made another donation at Christmas time.  Not everyone is in a position to celebrate at Christmas, and with the Pandemic still keeping some friends and families apart, this year brings with it greater pressure.

We’re sending over £750 to help in their amazing efforts to train more people with Mental Health First Aid training and to support their amazing podcast.  Click on the link above to learn more about what this charity does and why Captain Christian is such a keen supporter.

Merry Christmas to you all, and let’s hope for a better, happier and healthier 2022. 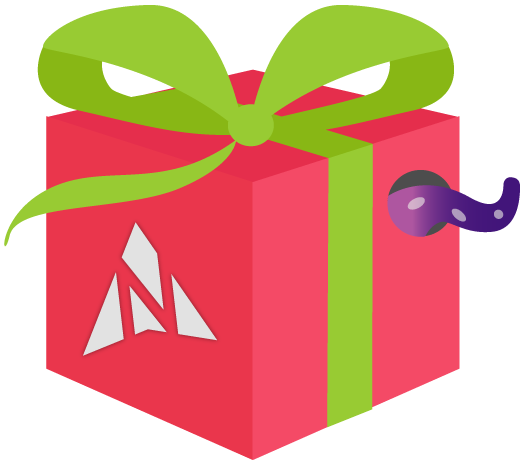 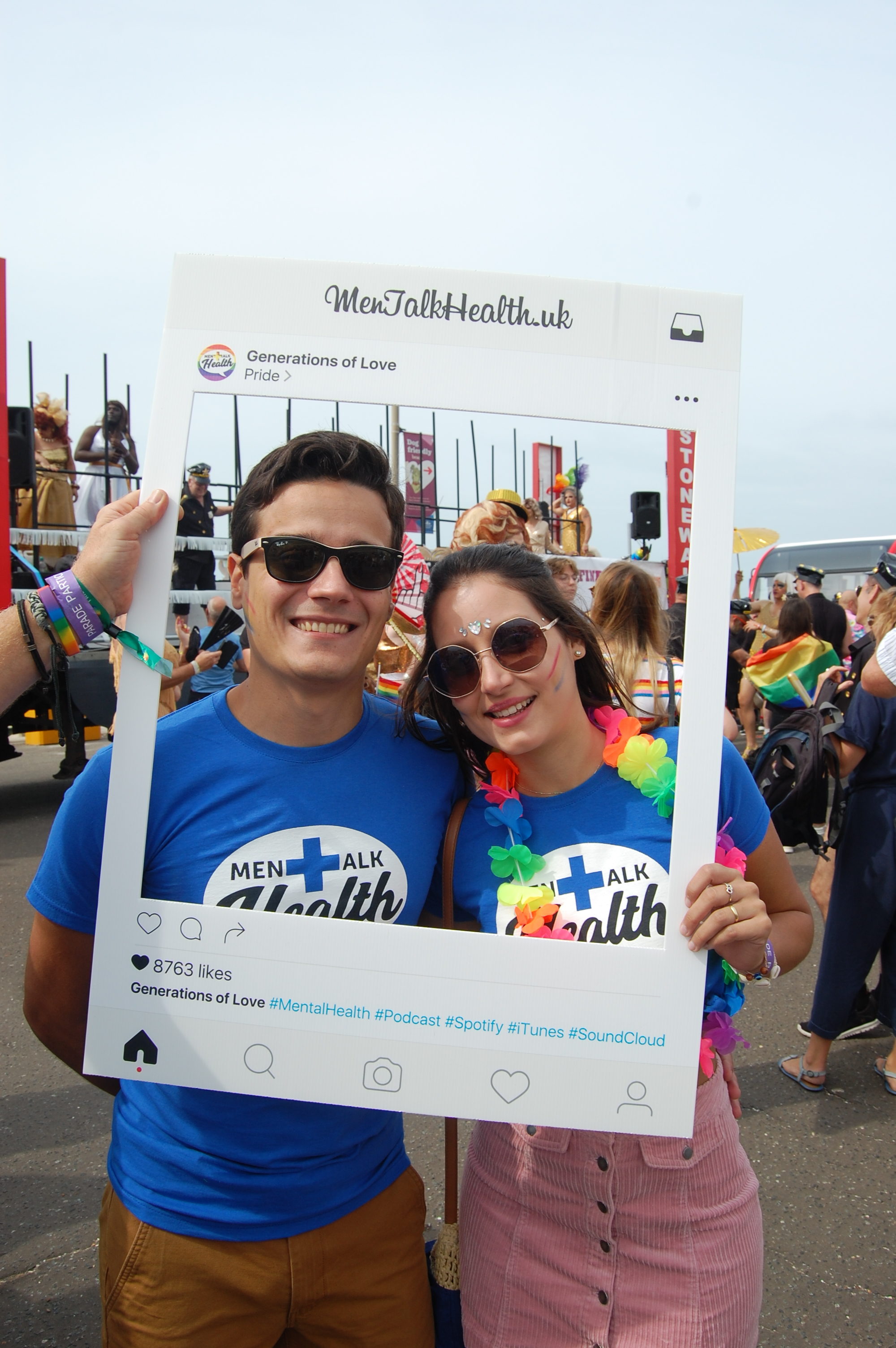 In line with our on-going partnership of support for the amazing team behind MTH, Northstar IT was there again to support their entry into this year’s Brighton Pride Parade.

This year seems to have surpassed the previous two Parade days that we supported, which according to the Brighton Argus more than ever were out and about to support the Parade on Brighton’s streets along the new temporary route.

The ‘Instaframe’ photo frame we were running around with to take photos, proved to not only be popular, but also meant it kept Captain Christian running around with his camera!  He certainly clocked up more than his allowance of steps that day!  But it started with a more familiar face as we’re really pleased that more of the team came along to support MTH as well, so you may recognise the boy in blue!

Never underestimate the power of talking (ask our Captain about that), but some people do suffer in silence, believing that they can’t reach out.  Well seeing people marching with pride, wearing t-shirts, carrying a banner and giving out 10’s of thousands of stickers where people were calling for them, showing their support for Mental Health, was at times an eye watering experience!  Hopefully the podcast will reach more people now.

This photo was taken as we were nearing the end of what was a 3 hour march!  But the crowds were still growing as you can see! 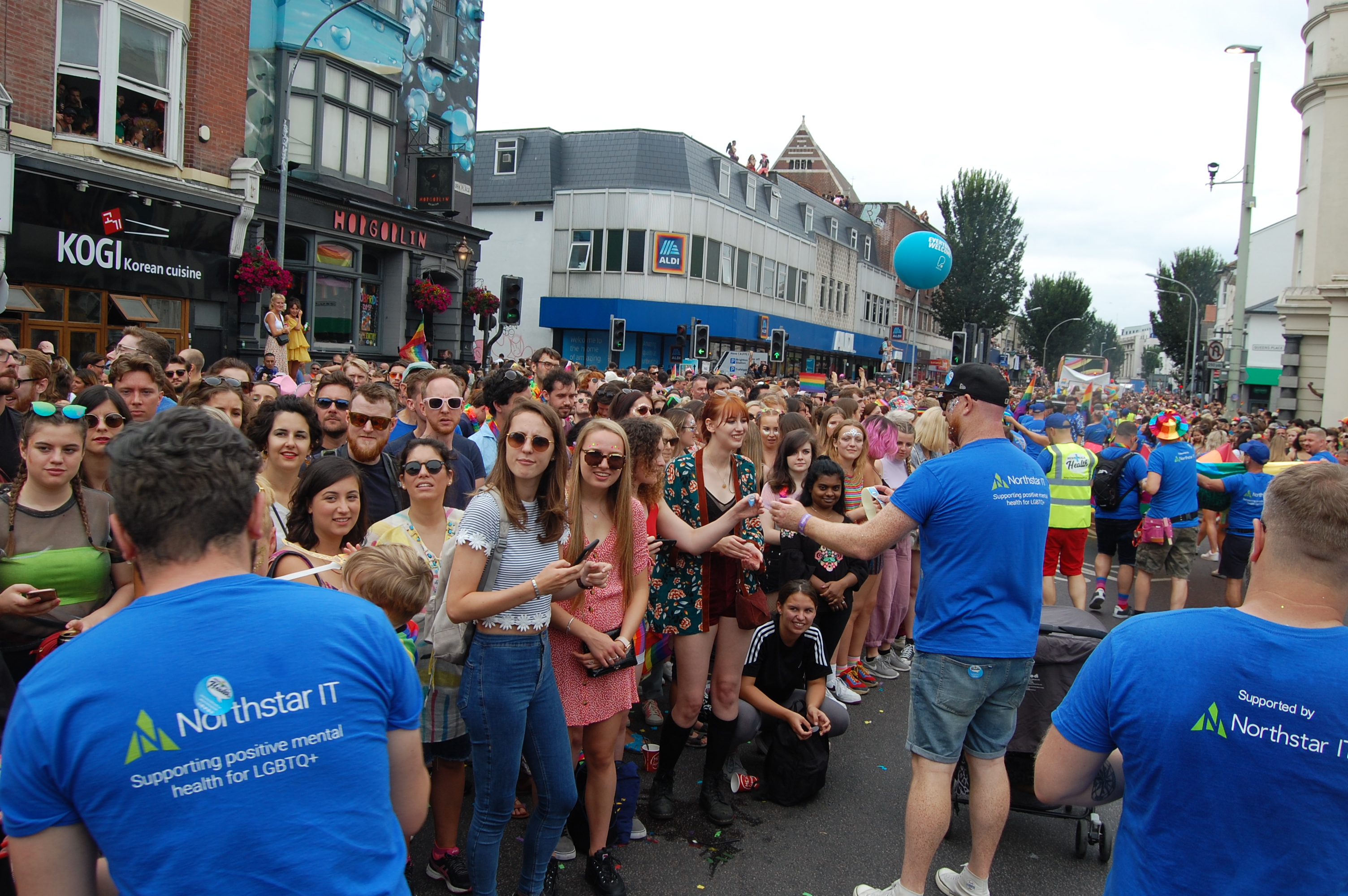 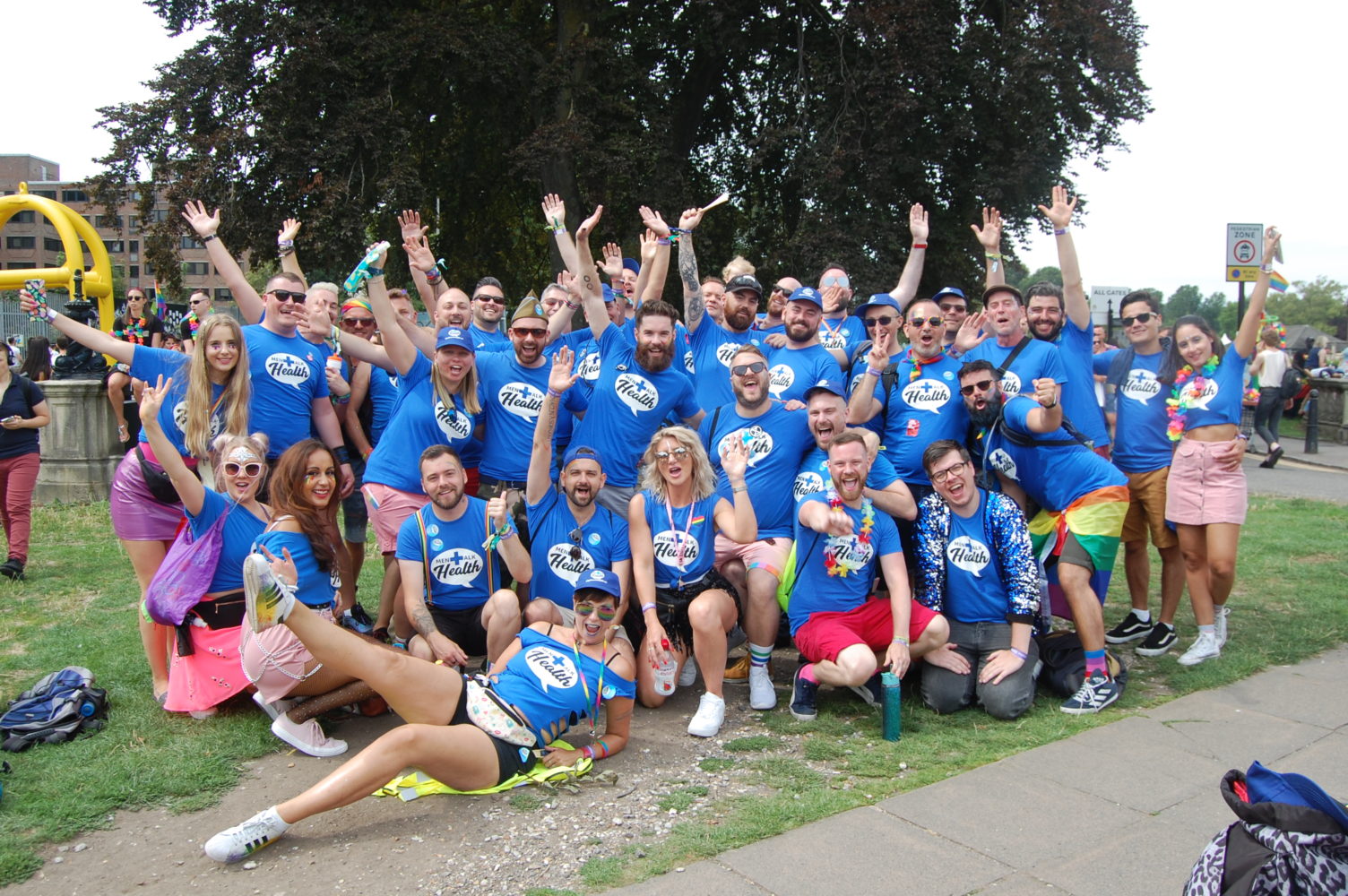 Like last year, and the year before it, this was an amazing experience, and event to be part of, and for what better cause?  In the modern world we ALL need to take care of our mental health more than ever, and to shake the stigma that men don’t suffer too.  We’re truly proud to support MenTalkHealth, and would encourage you to support them too.

This last photo was taken at the end of the parade, next to Preston Park.  If you would like to checkout some of the 800 odd other photos from the day, please checkout the Charity’s Facebook Page, by clicking here.

Christmas has flown around at quite literal light speed it would seem!  I know everyone says the same “well the date doesn’t change”, but still they it does seem to land in our laps pretty quickly!  As we did last year we have been growing our support for MTH this year, including the fact that our Managain Director, ‘Captain’ Christian has volunteered to be a Trustee and will be the inaugural Chair for the charity.

We have in the past splashed out on cards and drinks for our clients, but this year we wanted to do something more meaningful as we did last year, but in a growing sign of support.  So ‘Dry January’ is starting early again this year for this local now Charity as we have chosen to donate £750 in the name of our clients and team, which we hope will help the good work get to a flying start in 2019.

We’re sure you will agree this is an important cause, and will mean a far better use for the money than some extra wine landing on your doorsteps.

Merry Christmas and we hope a healthy 2019 to Davey, Damian and all of their amazing supporters! 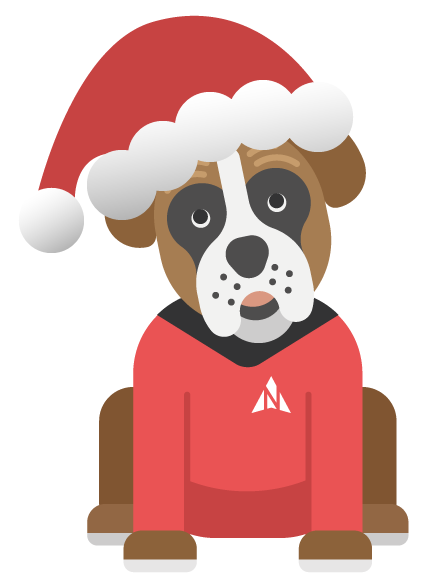 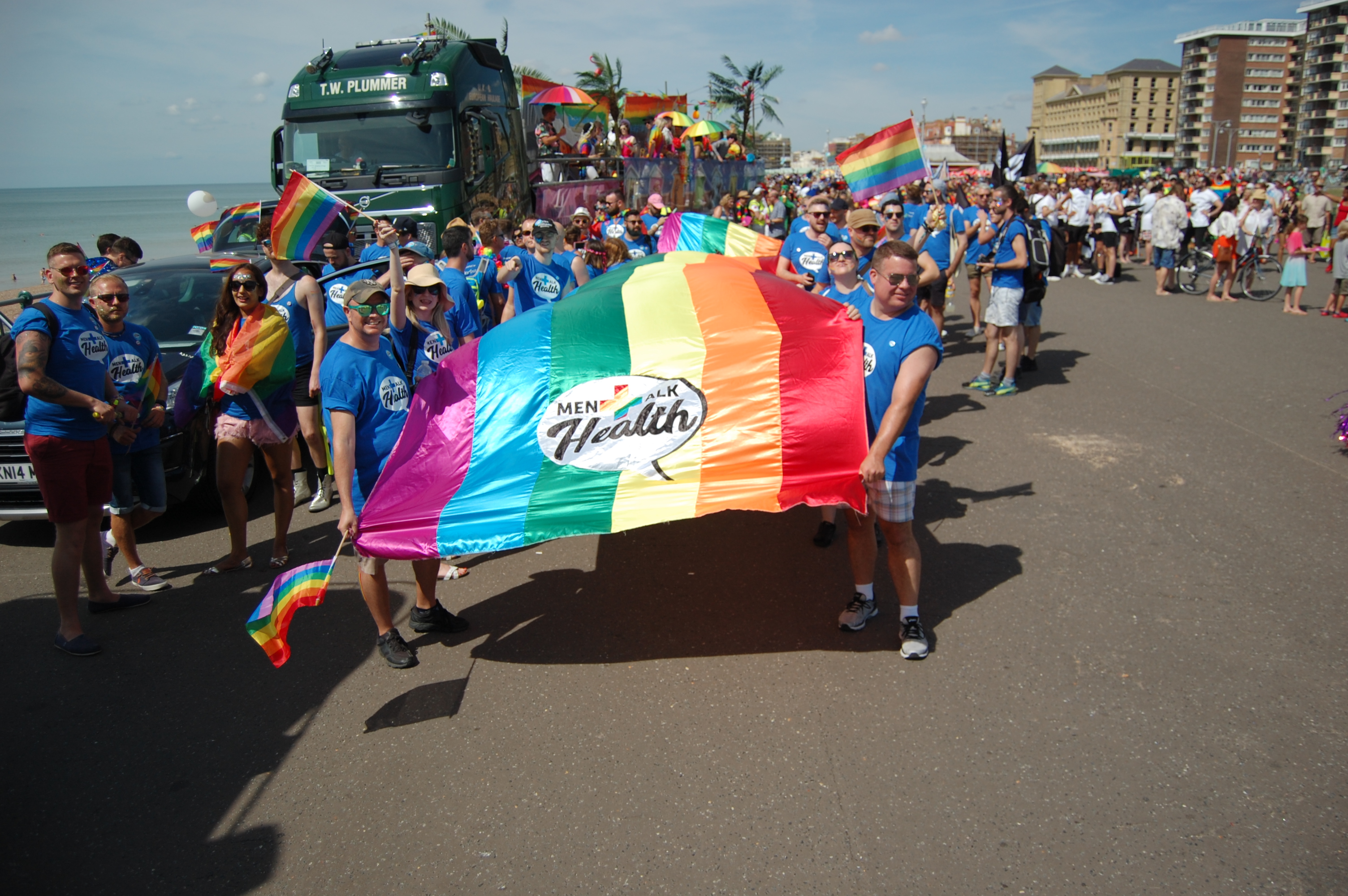 In line with our on-going partnership of support for the amazing team behind MTH, Northstar IT was again support their entry into this year’s Brighton Pride Parade.

This year seems to have surpassed the 2017 Parade day, with according to office statistics quoted in the Brighton Argus more than ever were in and those out to support the Parade on Brighton’s streets along the route.

This has resulted in extending the campaign of MenTalkHealth UK to end stigma around mental health conditions, and to reach out to more people. Judging by the activity on the group’s Facebook page, it seems that the day has proven to be a bigger success than any of the group could imagine.  You can also view all the photos taken on the day there too.

Director’s Christian and Myles were there in person to lend a hand and in addition to the t-shirts and stickers supplied 120 bottles of water to help keep the marchers hydrated on what seemed like a relentless day in the sun. But the sun fueled those smiles, and the crowd watching were amazing with their support and interest in what the group were about! 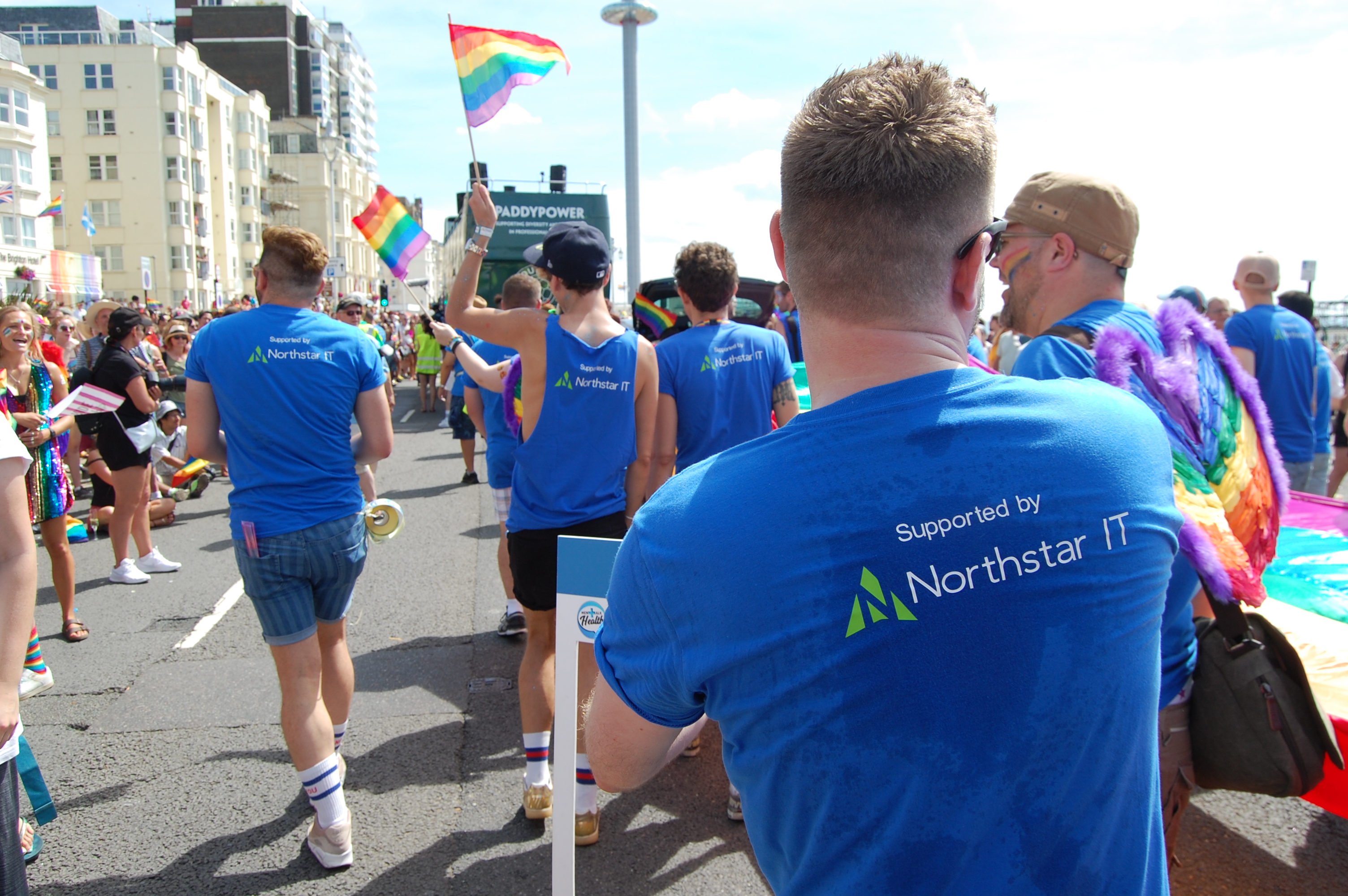 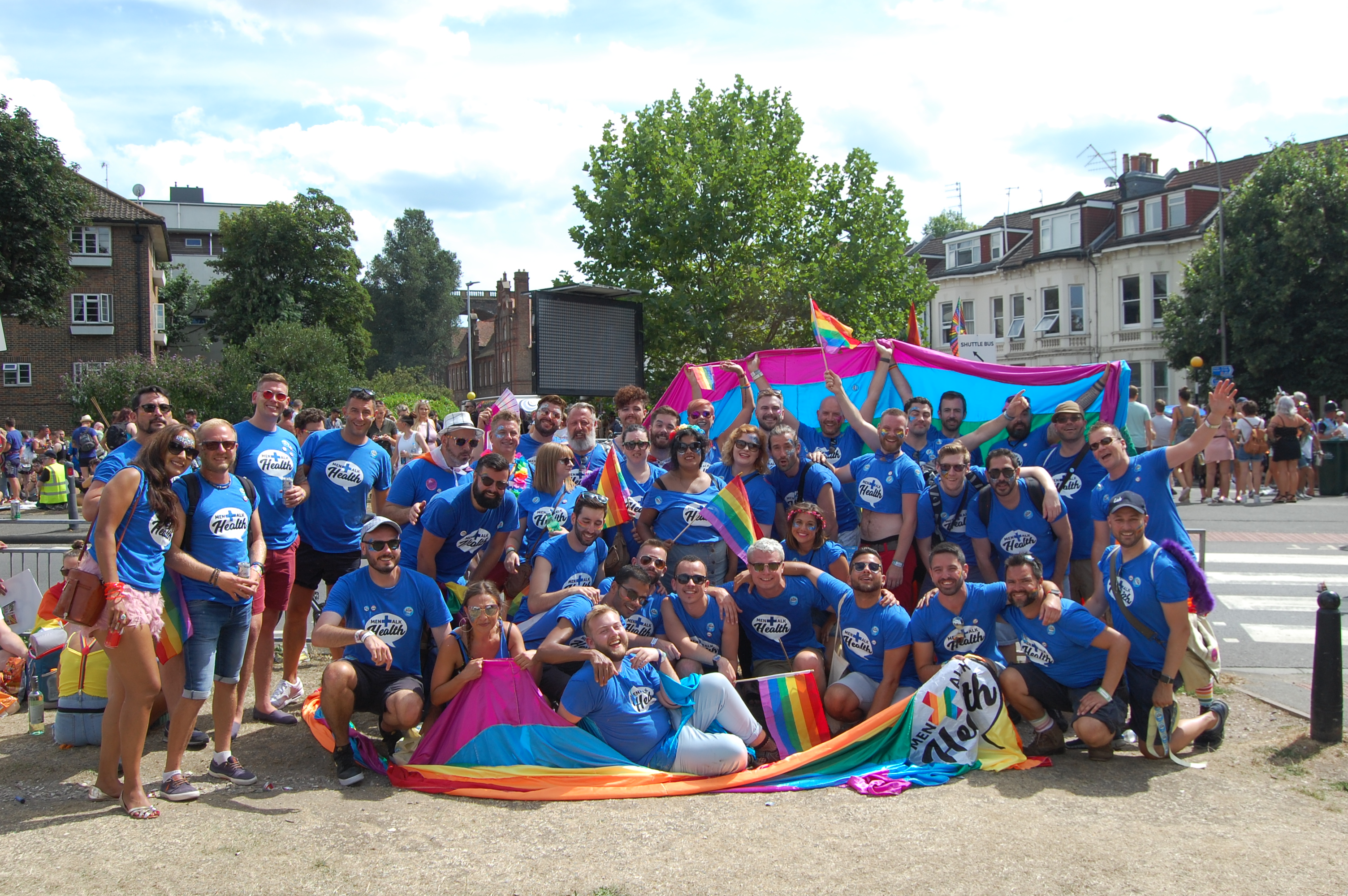 We hope that all this activity will help keep the momentum going as MenTalkHealth UK have applied for ‘Charity Status’, so that they can apply for grants and ensure these important messages keep broadcasting.  Keep an eye on the MenTalkHealth Facebook page for more news.

Northstar IT will be continuing their support, but urge others to get involved and even make a small donation, every £ counts! As much as we would like to, we can’t do it all.  You can make a donation by following the secure PayPal link on the group’s website.

Christmas is a wonderful time of the year, but it also brings pressures that some of us will never understand fully.  Well we have already thrown our support behind the amazing team at MTH this year, but as it was Christmas we wanted to do something more.

We usually splash out on cards and drinks for our clients, but this year we wanted to do something more meaningful and certainly in the spirit if not ‘spirits’ of Christmas.  So the ‘Dry January’ fundraiser is coming early this year for this local organisation as we have chosen to donate £500 in the name of our clients to the group, which we hope will help the good work get to a flying start in 2018.

We do hope our clients approve but if they don’t we are confident their livers will!

Although support is an on-going partnership between Northstar IT and MenTalkHealth UK, we wanted to start 2018 in a constructive and positive way.  We feel like we’re making a difference to some special people who are working hard and against the odds to making a real difference in an area that needs more support than ever.

Merry Christmas and we hope a healthy 2018 to Davey, Damian, Eli and all of their amazing supporters! 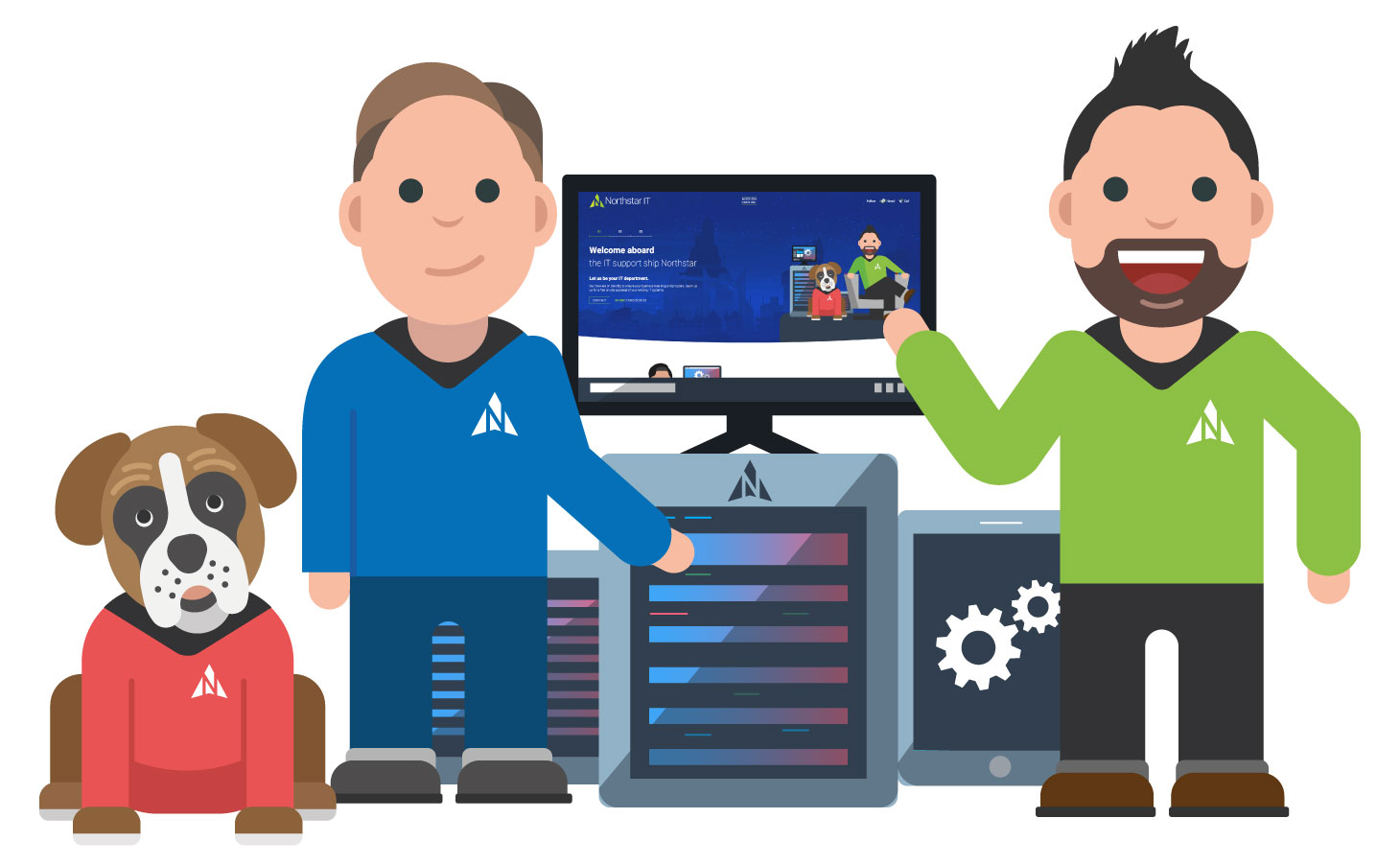 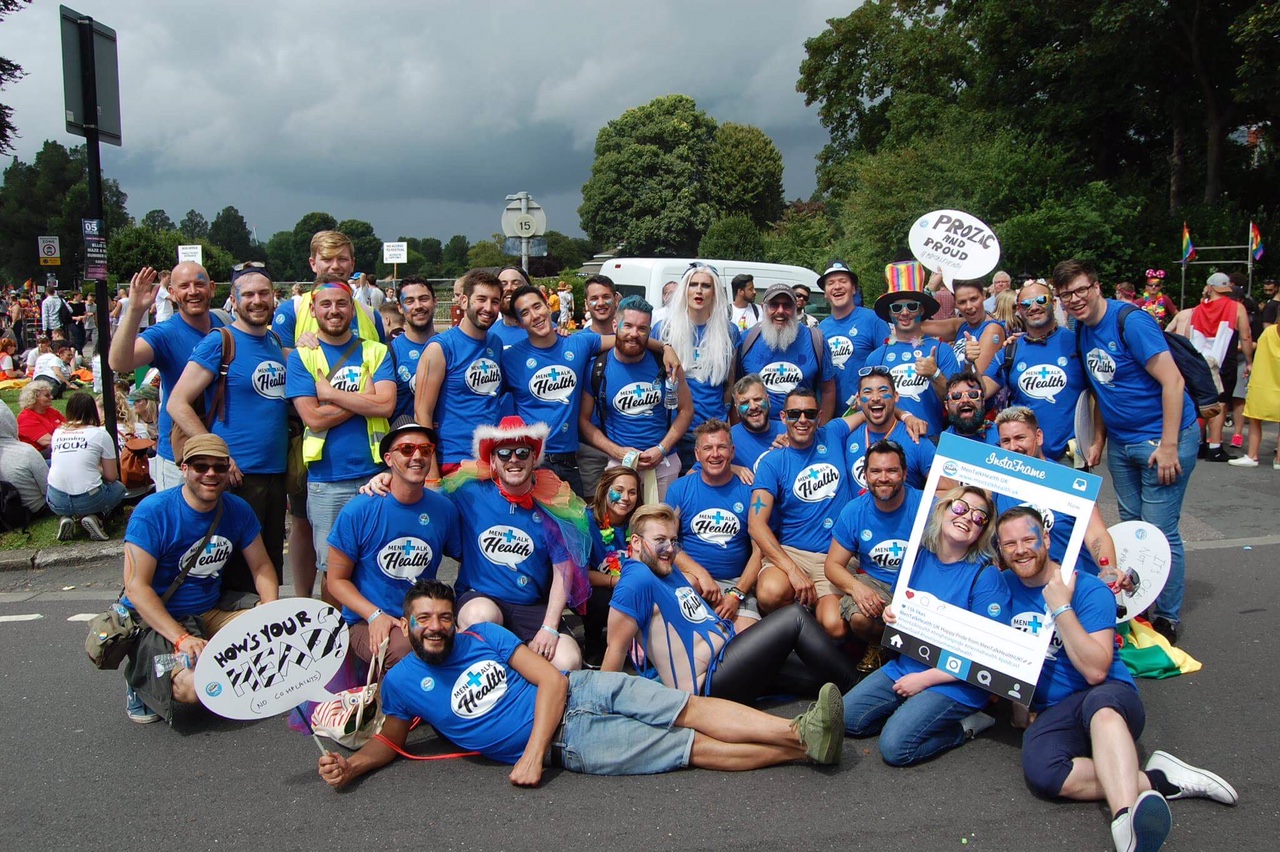 The mind is a far more complex beast than any IT system could ever be. And, when things go wrong, it’s much harder to seek and find support.

That’s why we sponsor a community group offering help to those struggling to cope with mental health problems.

This support is an on-going partnership between Northstar IT and MenTalkHealth UK, but this was the biggest day in the so far young life of an amazing group.  We hope to help these amazing people go “To infinity and beyond!”

"We will find hope."

Working up something more than a sweat, Captain Christian traded his spaceship for a cycle for a sponsored London to Brighton bike ride. “It’s not a race,” was the quote of the day!

But the end result was far from a race, as it was the most humid day of the year so far, and that climb up Ditchling Beacon was no small feat.  However as the picture shows, the hard work was definitely worth it, and very much a team effort!

A few hard earned pints awaited at the finish line! 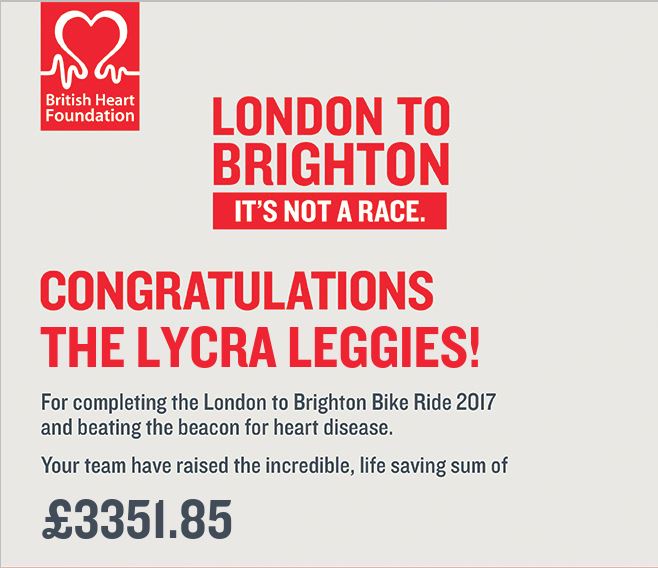 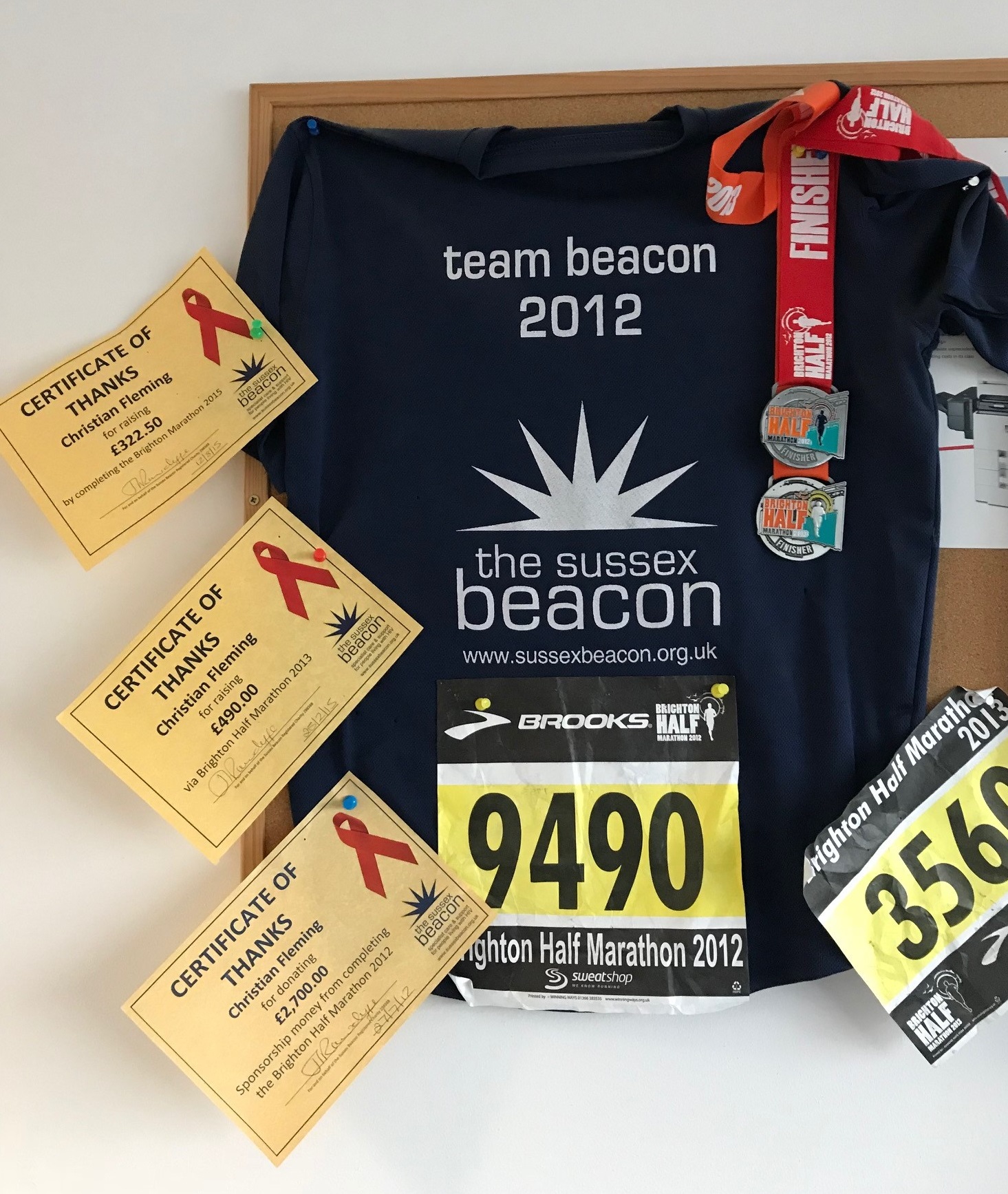 Wishing he had brought his transporter, Captain Christian completed the Brighton Half Marathon twice, the first on the above stardate – but not on the same day!

“With thanks to an amazing network of Clients, Suppliers, Friends and Family have helped raise a staggering amount of money for my first charitable ventures as a proper grown up” – Captain Christian.

"Is this the logical thing to do? No, but it is the human thing to do"