This vlog is covering something we unfortunately have seen before, when someone has a little bit of knowledge and tries to do a professional paid for service.  This time Captain Christian is covering network cabling, and this is a real life story! 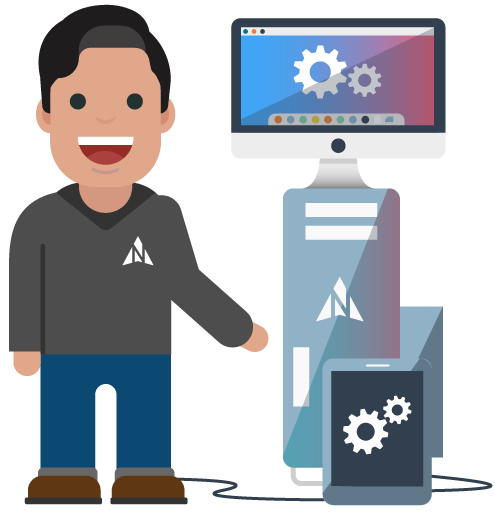 For the readings types…

Hi, I’m Christian from “Northstar IT” and this week we’re talking about getting a professional to do the job.

So when it comes to network cabling it seems like anyone that works with other types of cable, thinks that network cabling is really simple. Well, simple it is, as long as you know what you’re doing.

However we get lots of cases where electricians are running data cabling and treating it either like an electrical cable or a phone cable and it’ll go wrong every single time. So this week I’m talking about a case that involved one of my team where he’s got an electrician working
on his house where they’re having a loft conversion done. So after the initial discussion about where they want the network cables and where they want them to terminate, after they’ve discussed that, he asked one of my team, “does it matter which colour order the cables go in?”

Well just to highlight, the inside of a network cable looks like that. There are four different colors and they’re in pairs, solid and broken.

Yes, it does matter what order they go in.

Oh yes, I forgot I’ve got that special tool in the van. Oh, what’s it called?

So if you’re dealing with somebody who doesn’t know what order those little wires need to go in, doesn’t know they need to go in the same order
at both ends of the cable and doesn’t even know what the tool is called to make the cables, maybe it’d be better to get an expert in. And if you’re an electrician watching this, you can’t spur a network cable off another cable.

Like with so many things, if you want a job done well give it to an expert.